Welcome to RCCG House Of Joy For All Nations (HOJFAN)

We are a vision oriented and purpose driven church.
Our vision is to train, mentor and disciple souls for Christ.

House of Joy for all Nations (HOJFAN) is a parish of The Redeemed Christian Church of God.

As at the time of print, we are one of about 700 parishes of the Redeemed Christian Church of God in the United Kingdom. The establishment of this parish is in line with one of the global visions of RCCG to plant churches in cities and communities all over the world.

RCCG is a world wide Pentecostal church with headquarters in Lagos, Nigeria. Our General Overseer is Pastor E.A. Adeboye.

In July 1909, a son was born into the Akindayomi family of Ondo State of Nigeria. Even though this child grew up surrounded by idol worshippers, he knew there existed a greater power and yearned to know “The God who created the earth and everyone on it”. This pursuit for God led him to the Church Missionary Society where he was baptized in 1927. Still spiritually unfulfilled, he joined the Cherubim and Seraphim church in 1931. Whilst there, he began to hear a voice within him saying, “You will be my servant.” Since this was not his intention, he decided to ignore the voice.

This went on for seven years, during which all the business ventures that he tried resulted into failure. In debt and without peace of mind, he found himself totally dependent on the grace of God. This marked the beginning of a definite relationship with God. Totally broken, he yielded saying, “Lord, I will go wherever you want me to go.” He asked for signs to confirm that this was indeed God’s call. The confirmation came through the Bible passages of Jeremiah 1:4-10, Isaiah 41:10-13 and Romans 8:29-31. The Lord assured him that He would supply all his needs, as he would not receive any salary from that point on. This proved to be a comforting reminder during the trials in the months ahead. He got married in 1941. He continued to worship with the Cherubim and Seraphim. By 1952, he felt totally persuaded to leave the church to start a house-fellowship called the Glory of God Fellowship at Willoughby Street, Ebute-Metta, Lagos. It began with nine members but rapidly grew as the news of the miracles that occurred in their midst spread.

Pa Akindayomi also had a vision of words that appeared to be written on a blackboard. The words were “The Redeemed Christian Church of God.” Amazingly, Pa Akindayomi, who could not read or write, was supernaturally able to write these words down. In this visitation, God also said to him that this church would go to the ends of the earth and when the Lord Jesus Christ appeared in glory, He would meet the church. The, the Lord established a covenant with Pa Akindayomi, synonymous to the Abrahamic covenant in the Bible. He said that He the Lord would meet all the needs of the church in an awesome way, if only members would serve Him faithfully and be obedient to His Word. It is upon this covenant that the Redeemed Christian Church of God was built.

Thus, the Redeemed Christian Church of God was born in 1952, destined by the Lord Himself to take the world for Him. The church continued to meet at 9 Willoughby Street until they were able to acquire some land thereby witnessing a relocation to the present site of the Headquarters of the church at 1-5 Redemption Way, Ebute-Metta, Lagos (formerly 1a, Cemetery Street).

Sometime in the early 70s, God had spoken to Pa Akindayomi about his successor. The Lord told him that this man who was not a member of the church then, would be a young educated man. Thus when a young university lecturer joined the church in 1973, Papa was able to recognize him in the Spirit as the one that the Lord had spoken about in the past. This man, Enoch Adejare Adeboye, who was a lecturer of Mathematics at the University of Lagos, soon became involved in the church. He became one of the interpreters, translating Pa Akindayomi’s sermons from Yoruba to English. He was ordained a pastor of the church in 1975.

Papa was preparing to meet his Creator. He sent for Pastor Adeboye and spent several hours sharing with him details of the covenant and the plans of the Lord for the church. Even though a year before this, the Lord had revealed to Pastor Adeboye that he would be Papa’s successor, it was still too difficult for him to fully contemplate such an awesome responsibility.

Pa Josiah Akindayomi was 71 years old when he passed on to glory. Amidst controversy, Pastor Adeboye’s appointment was formalized by the reading of Pa Akindayomi’s sealed pronouncement after his burial.

Since 1981, an open explosion began, with the number of parishes growing in leaps and bounds. At the last count, there are at least about 2000 parishes of the Redeemed Christian Church of God in Nigeria. On the International scene, the church is present in other African nations including C’ote D’Ivoire, Ghana, Zambia, Malawi, Zaire, Tanzania, Kenya, Uganda, Gambia, Cameroon, and South Africa. In Europe, the church is spread in England, Germany, and France. In the United States, there are parishes in Dallas, Tallahassee, Houston, New York, Washington, and Chicago and also in the Caribbean states of Haiti and Jamaica.

Jesus Christ, the same yesterday, and today, and forever (Hebrews 13:8)

We are a vision oriented and purpose driven church.
Our vision is to train, mentor and disciple souls for Christ.

Our Core Beliefs / Statement of Faith

The Redeemed Christian Church of God (RCCG) affirms its belief in the Holy Bible as the infallible and authoritative word of God given to guide all men and women to salvation.

Our doctrines and liturgy, therefore, derive from the Holy Bible. As a Christian organisation, all we do is underpinned by prayer, even as we seek spiritual intervention and guidance for every decision taken in furtherance of our objectives.

We are open to the general public in the quest to reach our world and communities with the Christian message of salvation informed by God’s unconditional love for all persons.

Wherever we operate, our steadfast commitment is towards upholding our communities, beginning with the family unit which forms the core of society. In this regard, we ensure that every precaution is taken to care for, nurture and protect children in our care in order to forestall any emotional, physical, or spiritual abuse. Furthermore, we encourage families to stay together in order to build a healthy society. Hence, we provide pastoral care and guidance to our members with the objectives of promoting Christ-likeness and the upholding of family life.

As a church, the RCCG therefore remains firmly committed to the promotion of inclusion within our society and the guarantee of spiritual care to our members, whether adults or children. These values are what we have imbibed and continue to advance in our entire vocational activities and interface with secular society.

We do not condone, encourage or engage in any form of physical, emotional and psychological abuse. We believe that children are the heritage of the Lord (Psalm 127:3) and that if one trains up a child in the way he/she should go, when they are old, they will not depart from it (Proverbs 22:6). We, however, acknowledge that ultimately, children are the primary responsibility of their parents; therefore, parents within the RCCG are encouraged to judiciously exercise discretion in teaching their children how to worship God.

Our Statement of Faith in the RCCG is below.

Our Statement of Faith

In the RCCG, we affirm our belief in:

Creator of heaven and earth, who made man in His own image and likeness.

The three persons of the Godhead: God the Father, God the Son and God the Holy Spirit – Three-in-One.

Jesus was conceived by the Holy Spirit and born of the Virgin Mary.

The Death and Resurrection of Jesus Christ

Jesus was crucified and died for the sins of mankind on the Cross at Calvary, was buried and rose from the dead on the third day. He ascended into heaven and is forever seated at the right hand of God the Father.

The Comforter and Teacher of all things, who dwells within us, uniting us to Jesus Christ.

The Baptism of the Holy Spirit

This is freely available to all who believe in Jesus Christ and the Holy Spirit, and is manifested by the gift of speaking in unknown tongues.

A gift from God through grace and faith in Jesus Christ; that all who believe in Him may be saved by turning from sin to repentance, trusting in His death and resurrection and are born again by the Holy Spirit.

The Blood of Jesus Christ

It was shed for us on the Cross at Calvary, cleanses us from all sin and grants us access into the presence of God.

The Second Coming of Jesus Christ

Jesus will come again to earth in glory and the dead in Christ will rise and those who are alive in Christ will be translated into the presence of God for eternity.

The infallible and authoritative word of God given to direct all men and women to salvation.

RCCG UK consists of a network of parishes established for the advancement of Christianity and the relief of poverty worldwide.

For more information please contact us by email at: Info@rccghouseofjoy.org. 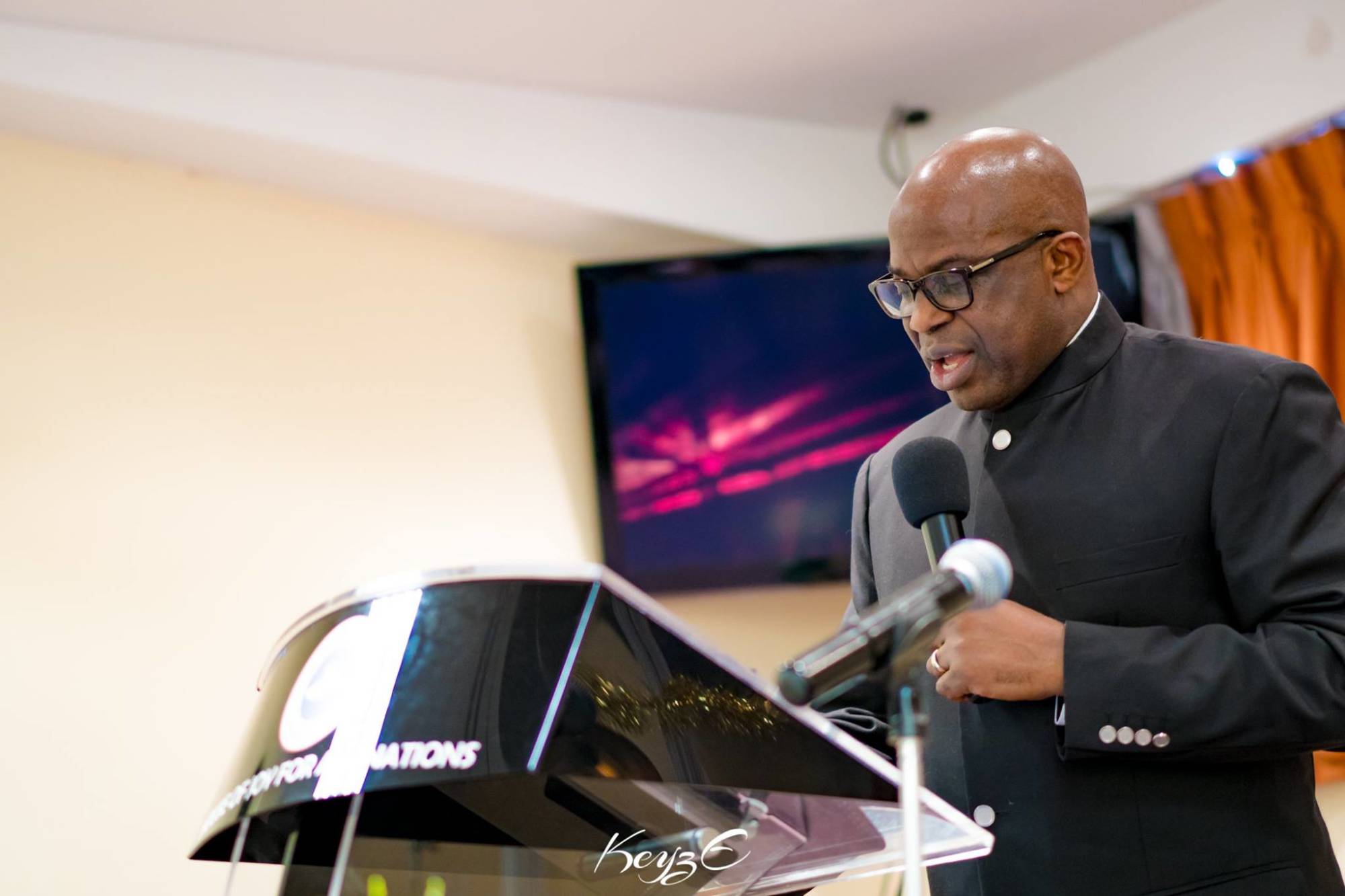 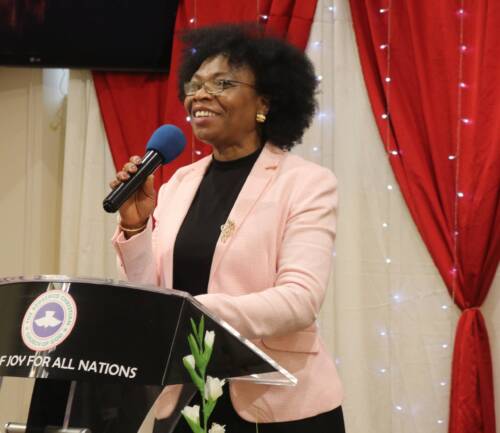 Pastor Efe is the Parish Pastor of RCCG House of Joy For All Nations. 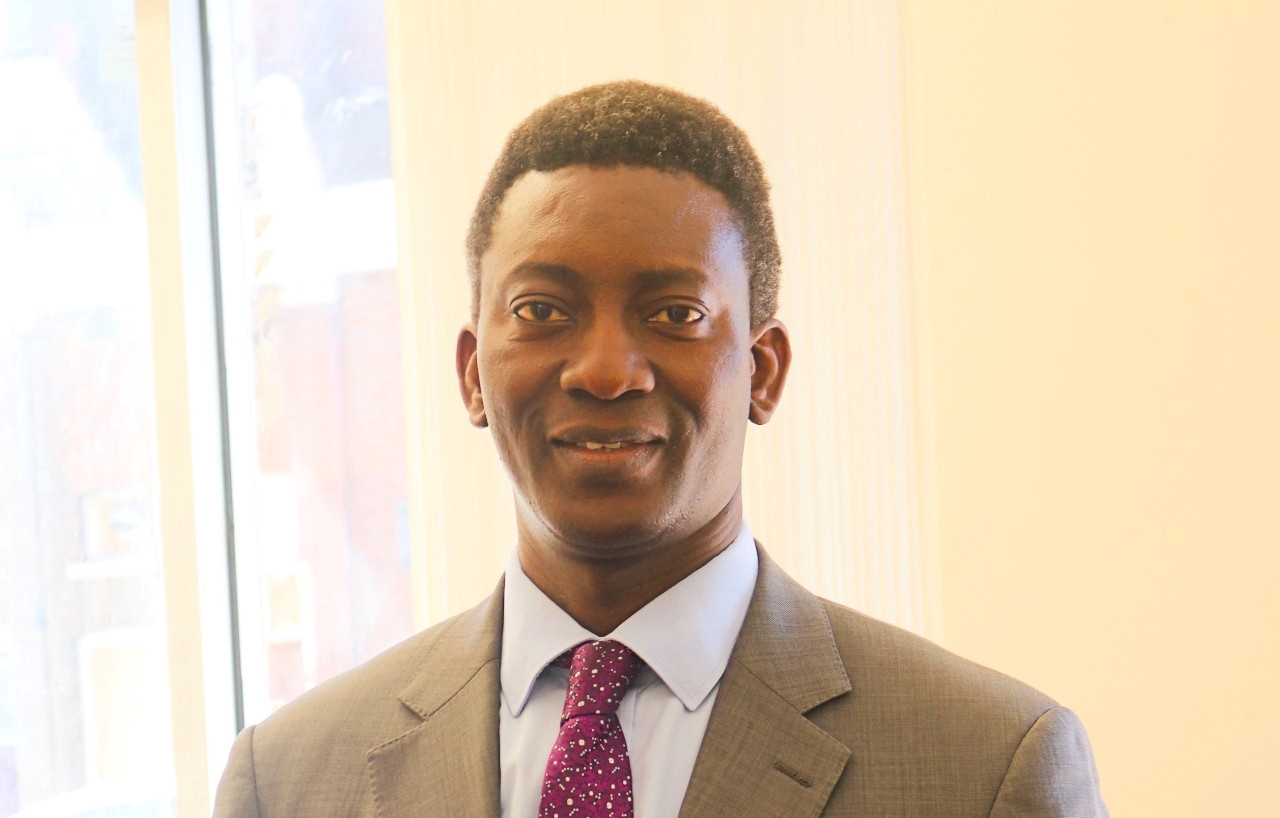 Pastor Amos Akinyele is the assistant Pastor of RCCG House Of Joy For All Nations.

How to Find Us

Life Centres are now On-Line. Contact us for more details